Cinnamon production and things you should know

Cinnamon production is an interesting process since it comprises various stages to yield the final cinnamon tubes, sticks, cigarettes, or powder.

An overview of cinnamon and cinnamon production

Before importing and reselling cinnamon, companies should have a basic understanding of the product and its manufacturing process.

The term “cinnamon” refers to the many products made from the cinnamon inner bark. There are seven most widely known cinnamon products: Tube, stick, cigarette, split, broken, powder, oil. They differ most notably in terms of shapes and oil content. 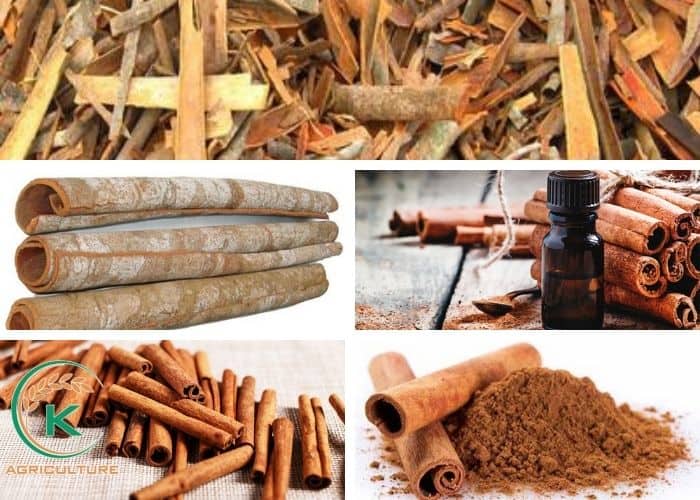 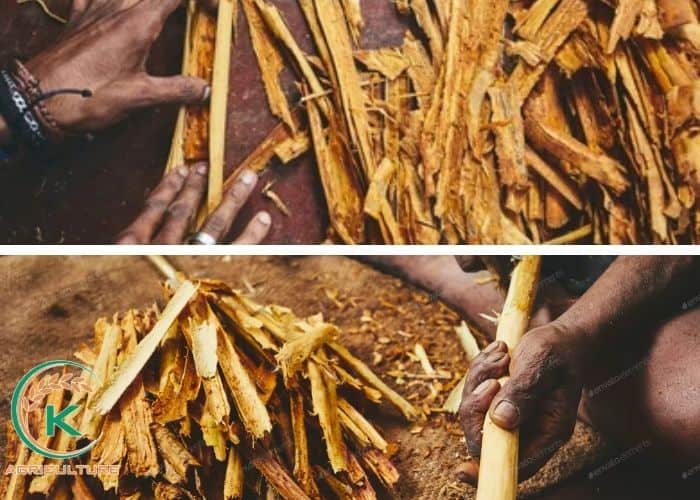 Cinnamon production takes place mostly in Asian countries, whose climate and soil conditions are suitable for growing and harvesting cinnamon trees. These countries are also the major exporters of cinnamon.

In 2020, according to FAOStat, the countries yielding the largest cinnamon outputs are Indonesia, China, Vietnam, and Sri Lanka. These countries are also where cinnamon production activities are the most intense. It is interesting to note that Vietnam, Indonesia, and China are distributors of Cassia, while Ceylon is almost solely provided by Sri Lanka only.

Types of products of cinnamon production

There are two varieties of cinnamon being produced – Cassia and Ceylon cinnamon. The two types have stark differences in their features, price range, and production capacity.

Types of products of cinnamon production

The characteristics of Cassia and Ceylon in cinnamon production

The two types of cinnamon production, first of all, come from different plants. Cassia cinnamon is made from the Cinnamomum cassia tree. Ceylon originated from Cinnamomum verum, a tree that is native to Sri Lanka.

Another key difference between the two varieties is their tastes. Cassia has a stronger and spicier flavor, while Ceylon’s taste is milder and sweeter with a citrus note. Cassia also has a darker color than Ceylon. Additionally, Cassia’s texture is rough and thick, while Ceylon is soft, thin, and forms various layers when curling.

The price difference in cinnamon production

In terms of their prices, Ceylon’s cost is higher than Cassia, from 1.5 to 2 times as expensive. This can be explained by its rare supply. Sri Lanka, the major provider of Ceylon cinnamon, has scattered growing areas and the manufacturing process is almost entirely manual. Therefore, the production capacity is limited, leading to Ceylon’s scarcity on the market.

Cassia is cheaper because there are a large number of providers from many countries. The factories are also highly professional with large outputs. One tonne of Cassia cinnamon costs from nearly $3000 to $7000.

The price difference in cinnamon production

The capacity of cinnamon production for Ceylon and Cassia.

As mentioned above, Ceylon is manufactured in a lower volume than Cassia. Based on data gathered by FAOStat, among the four big cinnamon providers (Indonesia, China, Vietnam, and Sri Lanka), Sri Lanka had the lowest production capacity – close to 23,000 tonnes. This figure is only roughly a quarter of the largest cinnamon producer, Indonesia.

Though each type of cinnamon product is associated with specific steps of manufacturing, a typical production process will go as below:

For Ceylon cinnamon, the trees are usually harvested when they are three years old, twice a year right after the rainy season. Meanwhile, Cassia cinnamon is ready for harvesting 8 to 10 years after being planted, but 15 years is the most ideal age as the cinnamon bark will be in its prime quality. In this stage, farmers will chop off branches and cut down the entire tree. Farmers usually harvest cinnamon twice a year, after the rain season, as humidity will make the bark peel off more easily.

Processing may take up 60% of the total cinnamon production cost due to its labor-intensive nature and the fact that it is usually done manually. Skilled workers will peel off the rough exterior to reveal the soft inner bark, using a sharp knife. In cinnamon production, different desired final products will have specific corresponding extra steps. For instance, if the final product is cinnamon sticks, cinnamon barks must be cut into smaller pieces with a width from 3cm to 3,7cm to make sure they curl into a round shape.

The removed barks are called quills. These quills will be dried in the shade to prevent losing their shape for four or five days. Later, they will be placed in sunlight to become completely dry. During the rainy season, in cinnamon production, workers may use a mechanical dryer instead.

Factories will categorize cinnamon based on the bark’s thickness, appearance (broken or intact), and essential oil content.

If the final product is in powder form, the barks will be ground to form a fine powder. Cinnamon powder is easier to be spoiled and harder to evaluate its quality. Therefore, lots of wholesalers prefer to buy whole spices.

Cinnamon quills should be packed in moisture-proof bags and carton boxes to prevent them from breaking. The label should contain important information relating to cinnamon production, including the brand name, product name, manufacturer details, date of manufacturing and expiration, weight, and safety certificates if needed.

Cinnamon products should be stored in dry, cool, clean, and well-ventilated containers, away from direct sunlight. These containers should also be free from pests and insects to avoid undesirable damages to cinnamon production.

Factors in cinnamon production that affects the price

There are several factors relating to cinnamon production that can notably impact product price.

If cinnamon production goes well, the cinnamon supply will be more abundant, leading to a cheaper price and vice versa. For example, from 2019 to 2020, three Cassia cinnamon exporters have experienced a slight increase in the output of their cinnamon production (less than 1%). Therefore, Cassia cinnamon wholesale price is stabilized. Meanwhile, Sri Lanka saw an 8% decrease, causing Ceylon, which is already expensive, to cost even more.

Since cinnamon production creates a spice that is prevalent in various sweet and savory dishes, during festivals, the demand for this product can rise significantly. Additionally, due to its beneficial effects in treating common colds, flu, and other medical symptoms such as headache and sore throat, cold seasons are also likely to be the time when cinnamon demand surges. This can cause the cinnamon price to increase as well.

This is another extremely important factor in cinnamon production. If a government values cinnamon exports and actively promotes them with privileges and trade agreements, cinnamon production and cinnamon can enjoy fewer legal barriers, taxes, tariffs. For instance, the European Union – Vietnam Free Trade Agreement (EVFTA) has allowed various agricultural products from Vietnam, including cinnamon, to enter European markets at a more favorable price. As a result, traders can import cinnamon at a lower cost and with less complex legal requirements.

If you want to look for a business that can supply high-quality cinnamon and possess safe, modern cinnamon production lines, the following 3 companies are the choices for you:

K-Agriculture is a pioneer in manufacturing and distributing Vietnamese cinnamon products. The company has state-of-the-art facilities for cinnamon production that adhere to strict quality standards. Therefore, customers know that when working with K-Agriculture, they are provided with only the best products.

Lak Cinnamon is one of the leaders in cinnamon production and Ceylon cinnamon exports based in Sri Lanka. The company guarantees that they only deliver the finest cinnamon products, taking the safety and satisfaction of their customers seriously.

Eastmade is an extremely prestigious cinnamon supplier in India. The company offers both conventional and organic products with years of experience in the field. Its cinnamon production is characterized by innovative machines and infrastructure. Its products are accredited by Kosher, Halal, and BRC. They are also FDA-registered.

We can agree that cinnamon production is a painstaking yet essential process for the trading of cinnamon. It is also an important criterion to evaluate whether a cinnamon provider is reliable – if their production process is transparent and innovative, it proves that the company is worth working with. 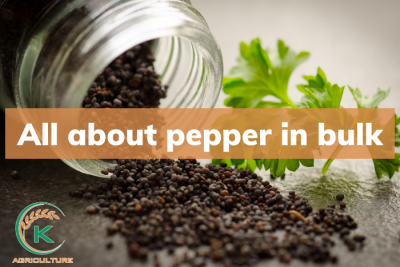 5 FACTS ABOUT PEPPER IN BULK THAT IMPORTERS MUST KNOW 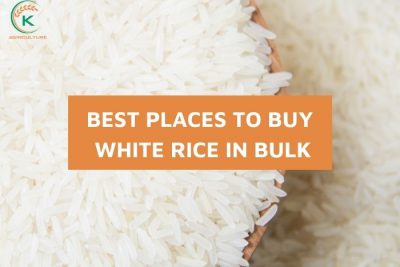 All about bulk rice: 3 BEST PLACE TO BUY WHITE RICE IN BULK