5 FACTS ABOUT PEPPER IN BULK THAT IMPORTERS MUST KNOW

Pepper in bulk is a popular spice that is used for a variety of applications in our everyday lives and is also regarded as a promising industry.
We will provide you with all of the most essential information about pepper in bulk in this article, which will help you not only understand it better but also provide you with a plethora of surprising and beneficial suggestions.

An overview of pepper in bulk

Pepper in bulk is the most traded spice in the world, accounting for more than one-fifth of all imported spices. The majority of pepper comes from Vietnam, India, Indonesia, and Brazil, and is shipped to China, the United States, and Germany.

Different types and features of pepper in bulk

The term “pepper” is used to identify dozens of distinct sorts and varieties of pepper, which come in a range of colors, grades, and quality. It’s even applied to imitations that aren’t pepper. However, it primarily refers to the dried fruit of Piper nigrum, an Indian climbing shrub.

The following are some of the most popular types of pepper in bulk and their features:

How can you produce pepper in bulk?

Both the black and white pepper in bulk come from the fruits of a plant called Piper Nigrum, the Piperaceae family’s perennial climbing vine.

Process of making pepper in bulk

When the fruits begin to turn red (about 5-10% ripe), they are picked and immersed in hot water for about 10 minutes in order to clean them as well as to prepare them for the drying process. This process, however, would also make the pepper in bulk fruits’ color turn brown or black in 1 hour.

After that, to make black pepper in bulk, all you need to do is to dry them in the sun for about 3-4 days. White pepper, on the other hand, requires more effort. Depending on the location, the outer covering is first softened by storing the berries in wet heaps for 2 or 3 days or by keeping them in sacks submerged in running water for 7 to 15 days. The softened outer layer is then removed by washing and rubbing or stomping the berries, which are then spread out to dry in the sun. The outer covering of whole white pepper in bulk can also be mechanically ground off.

Due to the complex production process, white pepper in bulk is usually much more expensive than black pepper. However, if you are a fan of the pungent flavor and a slight taste of spicy, black pepper in bulk should still be your choice.

Wholesale price of pepper in bulk

In the first month of 2022, black pepper in bulk prices in Vietnam, India, and Brazil declined by 3.5–3.8 percent on average. The prosperity of the Vietnamese market bolstered the rising momentum of international pepper prices after the Lunar New Year break (February 7 to February 15).

Price of black pepper in bulk

Price of white pepper in bulk

Overview of global market for pepper in bulk

As a businessman, knowing about your market of choice is crucial. Here are some of the world’s top markets for importing and exporting pepper in bulk.

Main importers of pepper in bulk

Top importers of pepper in bulk

Each country imports pepper in bulk for different reasons:

Since pepper is known as the “King of Spices,” the world’s top pepper exporting countries include: Vietnam, Brazil, Indonesia, Sri Lanka, and India.

Reasons for the dominance of pepper export

There are several reasons contributing to the dominance in exporting pepper in bulk of these countries:

Buyers and sellers in the pepper in bulk market should be aware of the 5 following factors that contribute to a the price of pepper in bulk:

Specifications of pepper in bulk

Like other spices, pepper in bulk also has quality standards that directly affect their price. Some of the specifications that all pepper in bulk buyers must keep an eye on are G/L content, moisture content or piperine content…

Specifications of black pepper in bulk

Above is an example of several physical and chemical specifications of black pepper in bulk, according to International Food Standards.

Supply and demand always have an effect on any products’ price, and the same thing goes to wholesale pepper prices.

Pepper in bulk stable sources are largely determined by total pepper production. The harvest season – which varies by country – is when pepper trees produce high quality and quantity products.

Supply volume and price of pepper in top exporting countries

Logistic charges for pepper in bulk

Shipping payment is critical in selecting whether to purchase agricultural items like pepper in bulk, especially in the phase of Covid pandemic.

Shipment and logistic charges of pepper

Government policies relating the trade of pepper in bulk

Government policies are inextricably linked to a successful pepper in bulk business. For example, businesses benefit from the government’s cooperation in signing the EVFTA because the tariff is abolished to the tune of 99 percent. 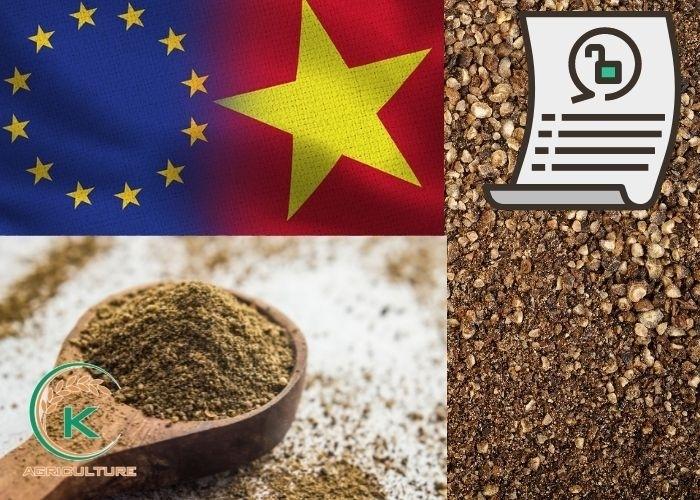 This fostered the development of the pepper in bulk industry by lowering wholesale pepper prices when exchanged. Viet Nam has become one of the world’s major pepper in bulk exporters as a result of the EVFTA Agreement.

Road to find a reliable pepper in bulk supplier

Finding a reliable supplier is critical for your company to remain competitive and successful. But, with thousands of pepper in bulk providers to choose from, how do we know which one to partner with? So here are some suggestions that may be helpful.

Nowadays, finding a reputable pepper in bulk supplier who suits your business is considerably easier with just an online connection. There are numerous search tools and platforms available, but in B2B, it is more typical to:

Step 2: Check the information of the potential pepper in bulk suppliers to avoid the unnecessary risks

After you have checked and listed out some of the most prestigious pepper in bulk suppliers, it is time to make contacts so that you can get more information about them and how to become their partners.

Step 4: Filter out the most suitable pepper in bulk suppliers

Step 5: Improve your agreements by negotiating

Top suppliers of pepper in bulk around the world

Cocoa, coffee, dairy, almonds, and spices are among OFI’s most well-known raw materials and ingredient platforms. Deep involvement at every stage of the pepper in bulk supply chain can aid in quality control, traceability, and risk management.

K-Agriculture is a top pepper in bulk manufacturer in the globe, exporting wholesale pepper to over 100 countries. The company’s motto is “Quality is King,” and it ensures product quality in all conditions. The company’s reputation can be conveyed not only by the established product quality, but also by the ingenious board of directors led by Mr. Daniel Trong Quy.

Baria pepper was founded in 1985 with the goal of using its extensive understanding of both the product and the local market to reach out to more customers both domestically and globally.

Baria pepper in bulk has been shipped to the United States, Europe, the Middle East, and other Asian countries. Baria pepper has a significant advantage in managing the quality and pricing of the pepper in bulk due to its strong ties with local farmers.